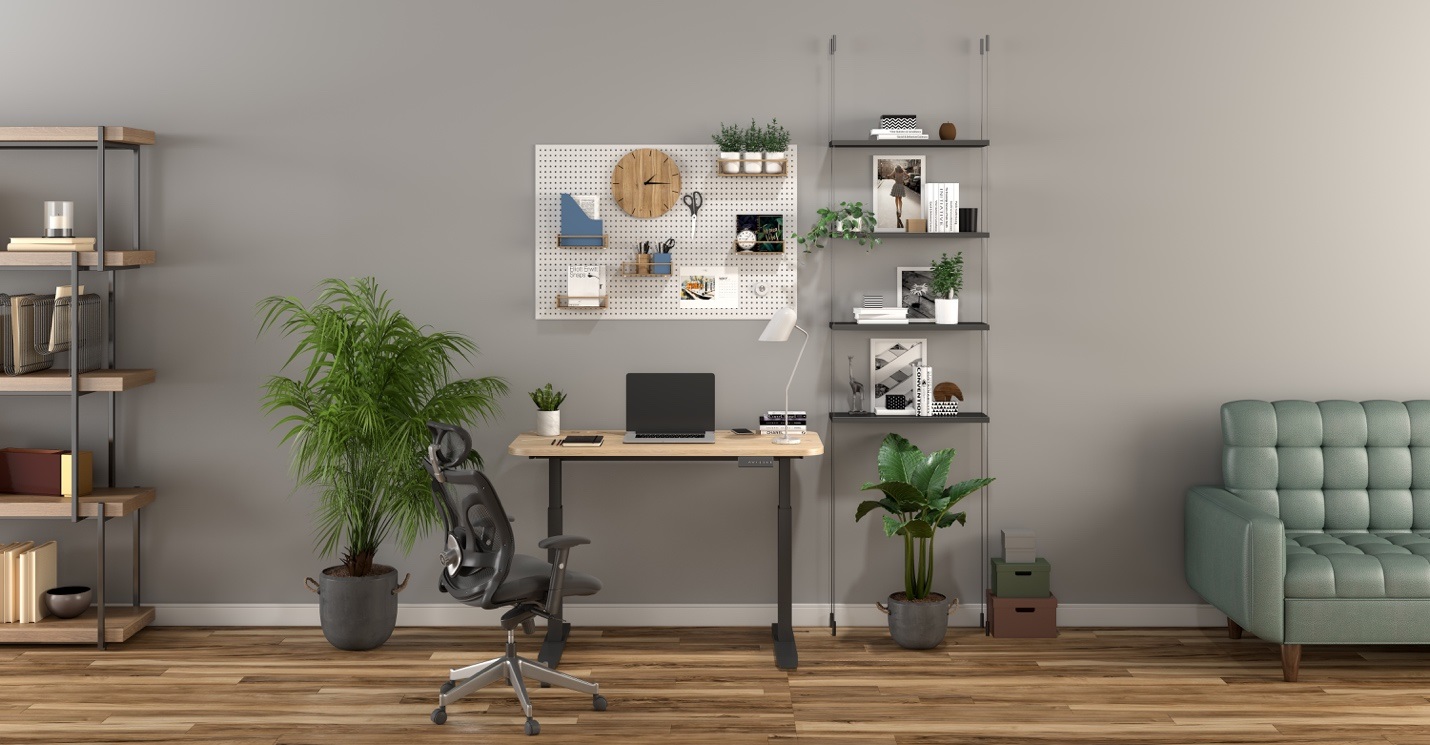 There is no doubt that sitting too much is seriously bad for your health. Not only does a sedentary lifestyle burn very few calories, but it is also linked to several health problems. This has been one of the biggest concerns for office workers because they spend a major part of their day sitting and working. Much to their relief, standing desks are increasingly making their way into the mainstream.

So, what is a standing desk? Also referred to as a stand-up desk, standing desks are essentially desks that let you stand up comfortably while working, as the name suggests. Many newer versions are adjustable, allowing you to change the height and alternate between sitting and standing as per your comfort.

Even though research on the benefits of a standing desk is still in its early stages, it has become evident that these can affect your health significantly and positively. Here are a few benefits of standing desks:

Sitting a lot every day results in an increased risk of diabetes, heart diseases, and even early death. Since weight gain is ultimately caused by more intake of calories than what gets burnt, choosing to simply stand proves to be beneficial.

Further, using a standing desk at work can help lower blood sugar levels, especially post lunch. Undoubtedly, spending more time on your feet is beneficial for your heart as well as general health, and standing desks can help bring that into practice.

Back pain is among the most common complaints that office workers have. And it is obvious, considering how they spend almost their entire day sitting. Several studies have been done on employees who have had long-term back pain issues to determine whether standing desks can help improve the same. Using a sit-stand desks can help reduce upper back and neck pain, thus decreasing such chronic issues to a significant extent.

Beyond physical health benefits, standing desks seem to have a positive influence on one’s overall well-being. For instance, using standing desks helps feel less stressed and fatigued, while also leading to an increase in energy and vigour throughout the day. The broader research on prolonged sitting and its impact on mental health signify the same by linking sedentary time to an increased risk of mental illnesses like depression and anxiety.

One of the most common concerns that people have regarding standing desks is the possibility of hindrance caused in daily tasks such as typing etc. While standing each afternoon will undoubtedly need some getting used to, these desks appear to have no huge impact on typical tasks at work. In fact, considering the improved mood and energy levels, standing desks may boost productivity instead of hindering it.

Several studies have also found a strong link between an increase in sitting time and early death. This does not quite come as a surprise, considering the strong association between sedentary time and diseases like type 2 diabetes and heart ailments.

While observational studies do not really prove the cause and the effect, ample evidence indicates how standing more often can help lengthen the lifespan. The benefits stated above show how reducing sitting time can positively impact physical, metabolic, and even mental health. This is precisely why it has become imperative, especially for office workers, to sit less and stand more.

At Flowlyf, this is what we always emphasize on and work actively towards. If you want to be a part of this revolution while simultaneously bringing impactful changes in your life, please check out FlowDesk here.

Get Your first standing desk in office.
Read our another article on “Ace Your Fitness Game With This 5 Hacks While Working From Home And Stay Ultra Productive“
Follow us on “Linkedin“
We are also on amazon now, search for Standing Desk Amazon, aka Flowlyf!

PrevPreviousAce your fitness game with this 5 Hacks while working from home and stay ultra Productive
Next5 quick health fixes to help you power through quarantine!Next Is a Sit-Stand Desk Right for Me? 7 Things to Consider

The bad reputation that sitting has earned is a negative one. Sitting for long periods of time at a computer has been shown to have Positioning of the Keyboard It is crucial to place the computer keyboard in a neutral, flat position so that the fingers can type. This can

Get updates and learn from the best